36 posts in Smoothies
Show all Categories

Thank you so much for all of the comments _ messages that you guys sent on Sunday's post. I must admit I was nervous posting it at first, but I'm very glad that I did. I really appreciated everything that you guys had to contribute, and I was happy to hear that it helped ... [Read more]

Vegan Chocolate Protein Shake & The Scale Is A Liar

I almost forgot how much I love Vega <3 It's been way too long. I've slowly been adding a little bit of protein back into my diet, as I've realized my body just can't lose weight by eating nothing but carbs {even if ... [Read more]

I was pretty surprised with myself when I realized that one of my favourite smoothies ever has never been posted! :O I drink this every morning, and have for months now. It's that freakin' amazing. As I've mentioned before with green smoothies, I promise that you ... [Read more] 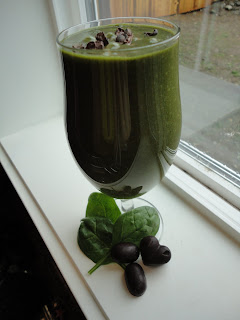 I am keepin' it green for St.Patty's Day! ...with a little bit of chocolate tossed in ;) I love putting bananas, almond mylk, spinach (and quite often chocolate) into smoothies (like in my Chocolate Vanilla Mylkshake Smoothie), and I've ... [Read more] 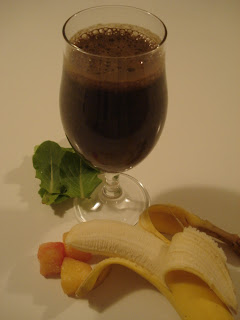 Some of you may remember this recipe from my post on Dairy Free Betty awhile ago, but I thought I would re-publish it on here :) Last summer when I was in Toronto, I made Chocolate Mango ... [Read more]

This was the first smoothie I introduced my Dad to, and he loves it. I made it for the first time months ago, and it's still one of my favourites. It literally tastes like a sweet, ... [Read more]

Sooo, can't remember if I told you guys or not, but my Dad asked for a Magic Bullet from my sister _ I for Christmas. He was wanting to get into the smoothie thing in an ... [Read more]